In 2002, the organization initiated its first pilot program in 50 government schools with the Ministry of Education in Udhamsinghnagar, Uttarakhand, India. In 2013, we expanded our program to include girls’ education in secondary schools and initiated a two-year pilot program in Udhamsinghnagar Uttarakhand, India with 50 schools serving 22,000 girls. In 2015, the Uttarakhand pilot was completed and entered into a sustainability phase with continued mentoring and coaching. In a new agreement in 2018, EGG extended the Uttarakhand program to a total of 114 secondary schools. 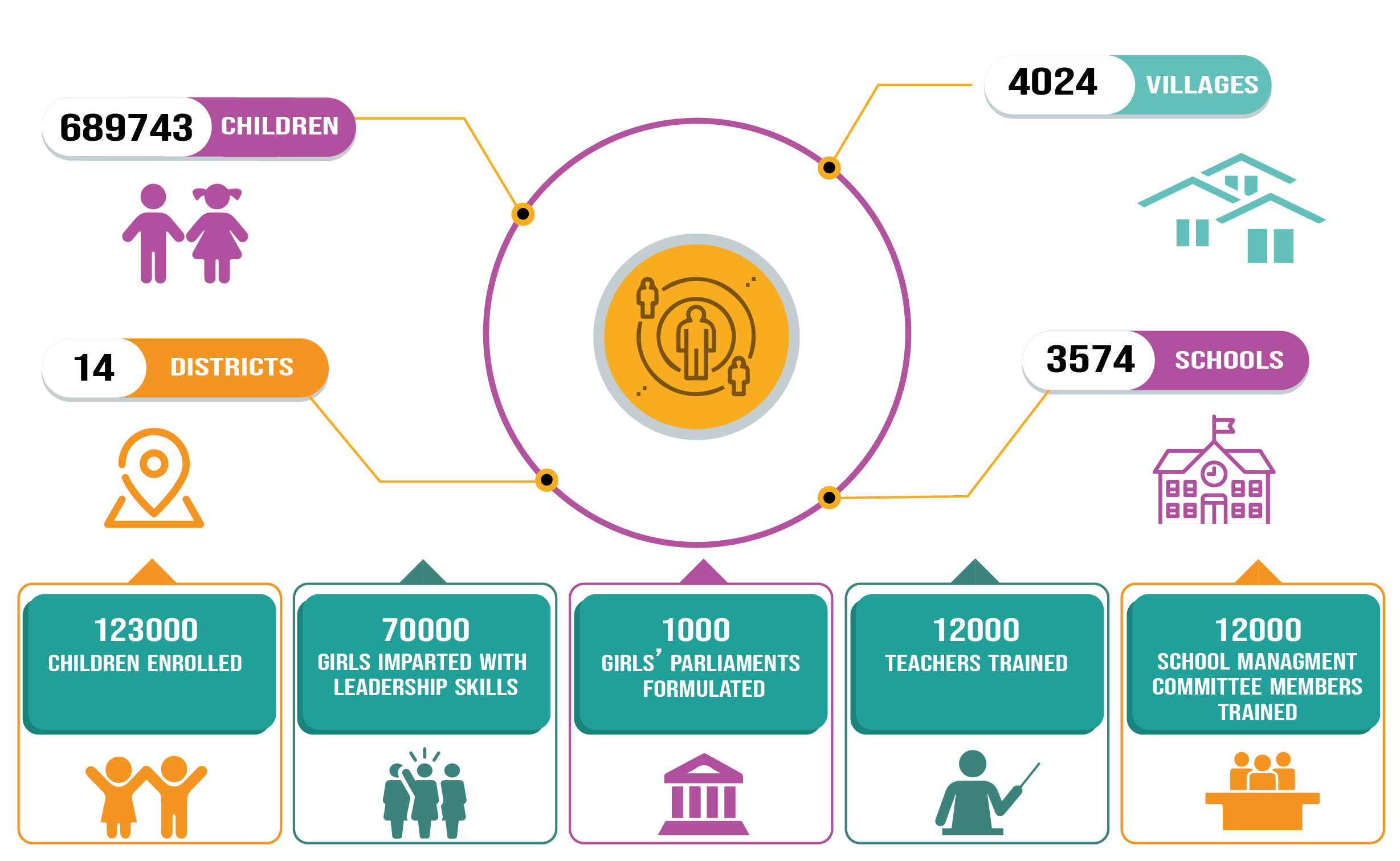 Our Work in India

We served 50 schools in Haridwar district, Uttarakhand. The project started in 2015 and ended in 2018. In Uttarakhand, the districts we have worked in are Udhamsinghnagar, Haridwar, Dehradun, Chamoli, Tehri, Pauri Garhwal, and Rudraprayag.

In Rajasthan, EGG started with a 50-school pilot in 2007, and half the out-of-school girls then enrolled in school. With government encouragement, the program expanded to 500 schools in April 2008. EGG/EG worked since March 2008 with the State Government of Rajasthan in 500 primary schools in three rural blocks of the Pali District: Bali, Rani, and Sumerpur. The 500 schools served roughly 37,000 girls. They included all the primary schools in Bali and Sumerpur and about half of those in Rani. In Rajasthan, EGG has worked in the districts of Pali, Jalaur, Sumerpur, and Sirohi.

Most recently, we expanded our reach to other states of India. In Telangana, we worked in Medchal–Malkajgiri and in Karnataka, Benguluru Urban districts.

EGG has done a remarkable job in bringing the girls back.. Read More

Due to EGG's efforts, we now have 4 High Tech girls toilets Read More

The fellowship that my daughter receives from EGG is very.. Read More