Since our inception in the year 2000, EGG has worked tirelessly to advocate for equality in education, and has developed our highly innovative, award-winning path-breaking model that promotes girls’ education and general education reform in government schools of developing countries. Our strategy is pioneering, as we work with government schools. Educating girls is among the highest return investments in the developing world because it boosts productivity, encourages smaller, healthier, and better-educated families, fosters social stability, and gives girls more choices. Realizing this, EGG helps poor girls from traditional communities to come to school, learn, graduate, become leaders, and start modern jobs. 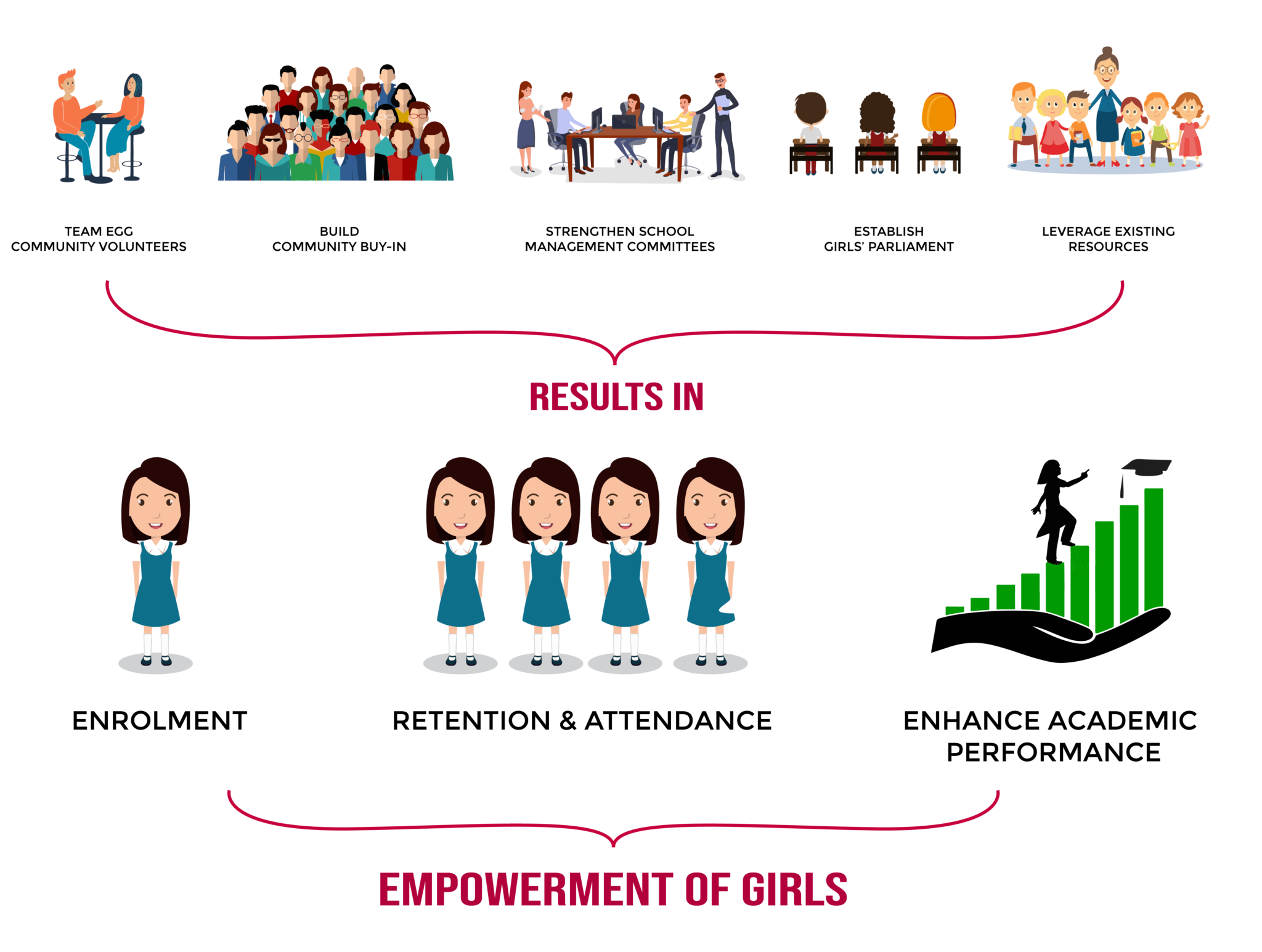 In 2005 the International Center for Research on Women (ICRW) completed an evaluation of the program, funded by the Ford Foundation. The following statement from the report states the most important impact of the EGG model

“This model appears to accomplish a cultural shift in traditional communities, shifting them away from fatalistic passivity that promotes only a continuation of habits—away from doing things merely because ‘that’s the way we have always done them’—to a more active, conscious, creative frame of mind that sees possibilities and especially sees opportunities of people to take control of their lives and improve them.”

EGG has done a remarkable job in bringing the girls back.. Read More

Due to EGG's efforts, we now have 4 High Tech girls toilets Read More

The fellowship that my daughter receives from EGG is very.. Read More